Travelling Australia with a Dog

Recently my partner and I returned from an incredible journey around Australia.

After many months of packing up our life in Anglesea and moving out of our rental (this is following the year my partner invested in his 4WD Touring setup). We kick started our journey in a Hilux 4WD and roof top tent, by heading straight for South Australia’s rugged Eyre peninsula, with our only plan being to head west along the coast until we made it back to Victoria.

While I could go into a million different incredible destinations, waves, snorkelling spots and jaw stropping landscapes, todays blog is about our pup Anzac.

Anzac, is our brown and white border collie, who joined us on this unforgettable odyssey. All the way from the stunning white beaches of South West Australia, to the dusty red Pilbara and up to the most northern point of Australia, Anzac was by our side.

Now this was most certainly not easy!!! And one of the most common questions I have received lately is “how did we go bringing our dog around Australia?”

Well I just want to flag it right away, ITS NOT EASY and if you do not already have a pup, I would advise waiting until after your road trip. Though I honestly would not have had it any other way and having Anzac with us was such a special experience.

He is a part of the family and every moment was that little bit more special by having him by our side.

There were some logistical difficulties though that we had to overcome, so I thought I would share how we dealt with these along the way, in the hope that this helps with your next pup friendly road trip.

There is a reason I put National Parks at the top of the list and that is because they will become your biggest hurdle by far. When setting off on this adventure I had a list of must-see destinations and allot of those involved National Parks. To be honest, after a while the importance of National Parks do wear off, and you start to realise so many of Australia’s magnificent locations are outside of parks and are often much less crowded.

So my first tip is do your research and take the time to find locations outside of National parks, that will often be just as beautiful, but with half the people. We ended up skipping allot of national parks that although are beautiful, are a bit of a tourism trap.

If you do want to visit a park there a few things we did to achieve this,

This is also a very common question I have received and that is, “what did we do with Anzac when surfing or snorkelling?”

There were a few options we used depending on the location and temperature.

This is one thing I never really thought about before leaving for our trip. Seeing we were touring in a not so hard structure (roof top tent), there was a time or two down south when a front would come in and it was near impossible to keep the tent upright, let alone sleep in it.

This is where you would obviously turn to an AIR BNB, unless you find yourself in a very secluded locations, where there are no AIR BNB’s and only hotels (which usually do not except pets).

In one case we did manage to find a very dingy motel that allowed pets, when we were hit with a particularly bad storm. But my best suggestion is take the time to plan and know your option should you find yourself in some unexpected weather (but hopefully you have a van or caravan to avoid this issue).

Our trip was a mix of free camping, caravan parks and paid station camping. Our favourite camp sites were most certainly the free or paid bush camps, as this meant Anzac could spend time off lead and around our camp.

When it came to staying in Caravan parks, he was not as much of a fan. Obviously having to be tied up and often getting a little distressed with everyone wanting to come into our site etc.

My biggest tip with camping is DO YOUR RESEARCH! Look ahead as to where you are going and try to find out what free camps are in the area (wiki camps is great for this) , what the regulations are around the stations (as each one is different) and if there are any dog friendly caravan parks in the area as back up.

And always keep an eye out for bait signs !

Oh what fun they are haha ! Unfortunately, among all the stunning beaches and beaming sunsets, there were quite a few long drives.

My only tip here is, make sure your pup gets a good run in the morning, find public ovals and dog friendly parks to give them a run as you pass through towns and try to take a break every few hours.

Both for you dog’s sanity and your’s !

This was a big topic on my mind, in particular as we travelled across the Nullarbor and through the south west, where there is allot of National Park. 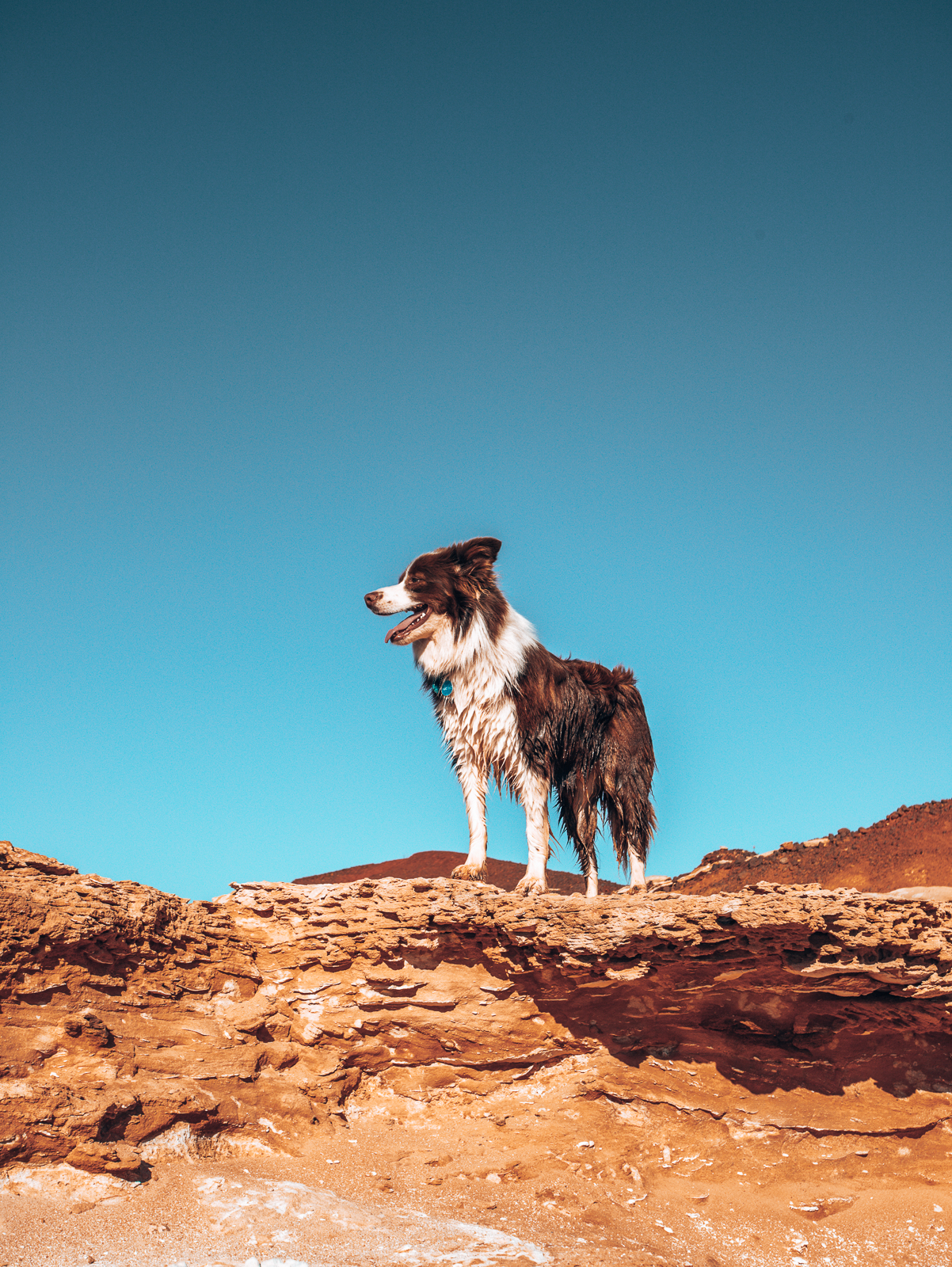 Final tip for today’s blog is in regard to travelling with your pup’s food. Everyone has a different diet for their dog, but if you are tight on room like we were, a few things you can do is obviously caring dry food (we carried it in a zip up supermarket bag), boiling up any vegetable off cuts as his veggie source and using the offcuts from your fish catch that day.

This helps save money, space and prevents any wastage of food!

I hope this helps you on your upcoming adventure’s around Australia and please please TAG @zoestrapp in any posts from your exciting travels, as I would love to see where you and pup end up! Xxxx